Dance Chair and SkateCase will be featured at U.S. Patent and Trademark Office/Smithsonian Institution event

TAMPA, Fla.—The Rolling Dance Chair and the SkateCase have been selected to be showcased as part of the national 2013 Innovation Expo at the United States Patent and Trademark Office (USPTO) headquarters in Alexandria, Va., June 21-23, 2013. The University of South Florida (USF) licensed technologies are two of only six inventions chosen in the first round of exhibitors.

The USPTO and the Smithsonian Institution have partnered to stage the 2013 Innovation Expo to highlight America's innovators affiliated with academic institutions, large corporations, small businesses, government agencies, and the independent inventor community. 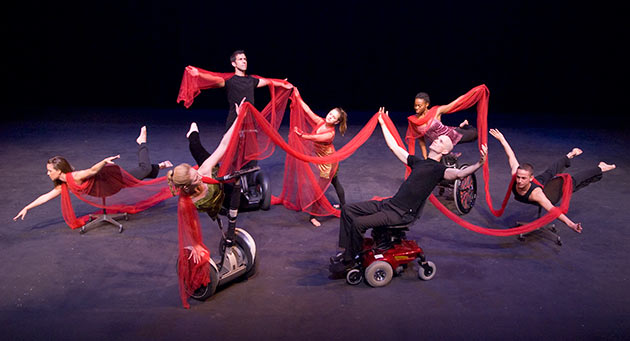 The rolling dance chair, conceived by USF dance instructor Merry Lynn Morris, is a motorized mobility device that, unlike a regular wheelchair, can be controlled using only torso muscles, freeing the user's arms and hands. The chair allows the user to move in a fluid motion, offering more freedom to dancers with disabilities and supporting their artistic freedom.

The technology is the result of collaboration between USF's College of Engineering and College of The Arts and was recently licensed to Vertec, Inc., a development and manufacturing company that supplies custom, high-tech components for industrial, medical and military applications. The rolling dance chair has been recognized in several media outlets, and Morris received the 2011 Thatcher Hoffman Smith Creativity in Motion Award for the invention.

As an independent student inventor at USF, Alexei Novtizky created the SkateCase, an innovative design that allows skateboarders to store small electronics and personal items inside the skateboard, and turns the skateboard into a more useful mode of inexpensive, clean transportation. Novtizky partnered with USF, and since graduating has founded Looshes Labs, LLC, to commercialize his technology. His invention has received positive feedback and was showcased by USF President Judy Genshaft during an innovation conference at the U.S. Department of Commerce in October 2012.

The SkateCase has been nominated as "Innovation of the Year" at the 2013 BizTech Awards being held March 14, 2013, in Tampa, Fla. The SkateCase was displayed in the showcase room at the 2013 SolidWorks World exhibition at Walt Disney World in Orlando. 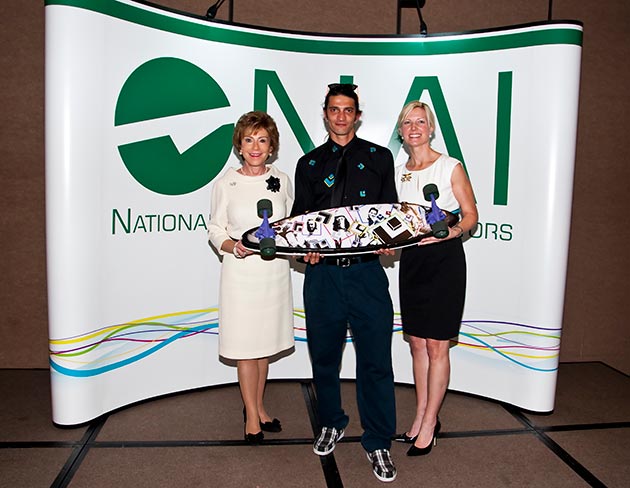 According to the USPTO, in its first year the expo aims to feature the latest patented cutting-edge technologies and inspire the next generation of inventors, entrepreneurs, and creative thinkers in advancing innovation worldwide. The expo will also demonstrate the vital role played by America's intellectual property system and the USPTO in promoting and protecting innovation.

Participants in the Innovation Expo will help inform future content and activities at the Innovation Pavilion, which will open at the Smithsonian's Arts and Industries Building on the National Mall in summer 2014.