TAMPA, Fla. – Commissioner for Patents Margaret A. (Peggy) Focarino of the U.S. Patent and Trademark Office will induct six inventors into the Florida Inventors Hall of Fame on Sep. 10, 2014, during the organization's inaugural induction ceremony and gala in Tampa. Well-known Home Shopping Network host Bill Green will serve as master of ceremonies for the event. 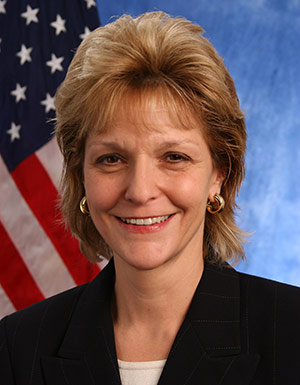 Focarino began her career at the U.S. Patent and Trademark Office (USPTO) in 1977. In 2012, she became the first woman to serve as Commissioner for Patents in the agency's over-200 year history. She was named a finalist for the 2013 Samuel J. Heyman Service to America Medal for her leadership implementing the first significant changes to the patent examiner work credit system in 30 years, which helped usher in one of the USPTO's most productive periods.

"I am delighted to be inducting the inaugural class to the Florida Inventors Hall of Fame," said Focarino. "Inventors and the patent system that protects their innovations is one of the great stories of America, and it's important that entities like the FIHF help preserve that story."

Green, a veteran television presenter, has been on-air at HSN for the past 18 years. Widely acknowledged as one of the most dynamic, energetic and successful on-air hosts for his ability to convey the value of a product to a customer, Green has also been a finalist judge for the USF Young Innovator Competition for the past three years.

"We are honored that Commissioner Focarino will be in Tampa to induct our first group of inventors, and delighted that Bill Green from HSN will serve as host for this inaugural event," said Paul R. Sanberg, chair of the Florida Inventors Hall of Fame Advisory Board and senior vice president for research and innovation at the University of South Florida, where the Hall of Fame is located.

"Commissioner Focarino's career at the USPTO has been one of championing the work of inventors throughout the nation," said Sanberg. "Bill Green, as well as being very entertaining, is a great supporter of the region's youngest inventors through the USF Young Innovator Competition."

More information, including bios and photos of the 2014 inductees, is at www.FloridaInvents.org.

The Florida Inventors Hall of Fame (FIHF) recognizes and commends Florida inventors whose achieve-ments have advanced the quality of life for Floridians, the state and the nation. Founded in 2013 and housed at the University of South Florida in Tampa, FIHF was recognized by Florida Senate Resolution 1756 in April of 2014. FIHF encourages individuals of all ages and backgrounds to strive toward the betterment of Florida and society through continuous, groundbreaking innovation, and, by commending the incredible scientific work being accomplished in the state, to further the growth of Florida's innovation sector. FloridaInvents.org