TAMPA, Fla. – Six Florida inventors were inducted into the Florida Inventors Hall of Fame at the organization's inaugural induction ceremony and gala on Sep. 10 at the Palma Ceia Golf and Country Club in Tampa. 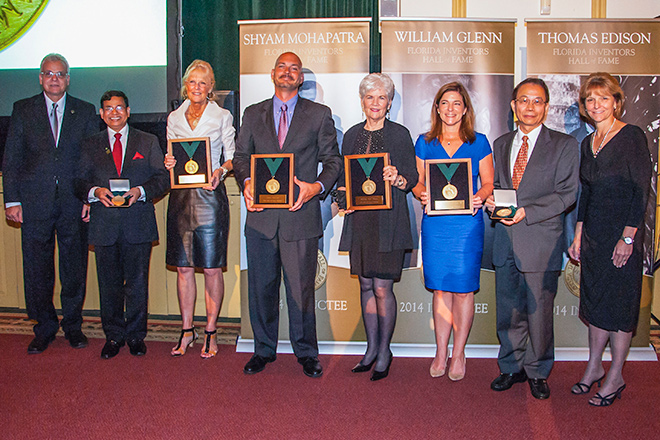 "These six Floridians have been granted more than 1,300 patents," said Focarino. "Since 1976, more than 100,000 patents have been issued to inventors in the state of Florida, and those numbers continue to go up every day."

"I am truly and humbly honored to have this incredible recognition," said Mohapatra, who is a Distinguished USF Health Professor at the University of South Florida, and research career scientist at the James A. Haley Veterans' Hospital in Tampa. 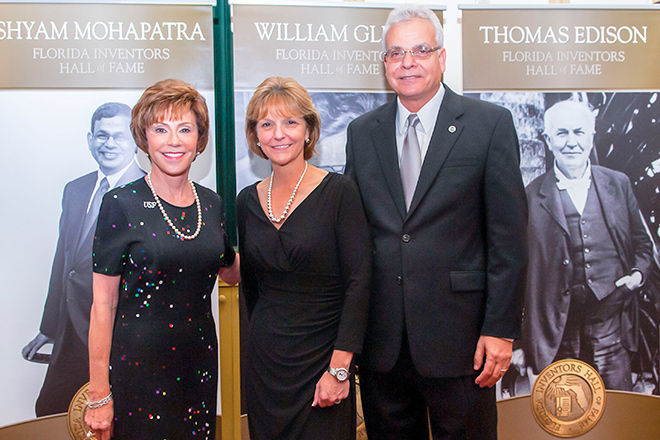 "This is indeed a humbling experience for me alongside these invention giants," said Wu, a University of Central Florida professor whose liquid crystal research has impacted display technology in smartphones, iPads, car navigation systems, computer screens, and TVs. Wu holds 81 U.S. patents.

"It feels great to be in the company of this prestigious group of inductees, as Florida makes history this evening with the founding of the Florida Inventors Hall of Fame," said Mohapatra, who was recognized for his many inventions in the field of nanoscale biomedical diagnostics and therapeutics in cancers, asthma, viral infections, and traumatic brain injury. He is the inventor of a detection kit that can diagnose HIV in 20 seconds.

"By celebrating inventors, we encourage a new generation of innovators to pursue their ideas and believe in themselves," said Dr. Judy Genshaft, president of the University of South Florida, which founded and hosts the Florida Inventors Hall of Fame.

Sanberg announced a new Florida Inventors Hall of Fame Walkway, to be installed on the University of South Florida campus in Tampa, which will feature bronze plaques honoring the inductees. "The 'walk of fame' will be part of what we hope to develop into an 'Inventors' Commons,' an outdoor space for events and gatherings," said Sanberg.

Phoebe Cade Miles, president and co-founder of the Cade Museum for Creativity and Invention in Gainesville, accepted the honor on behalf of her late father, Robert Cade (1927-2007), who was a professor at the University of Florida when he developed Gatorade. 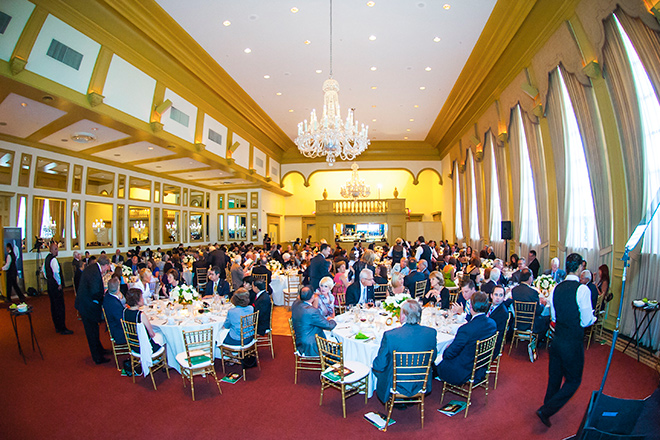 Chris Pendleton, president and CEO of the Edison Ford Winter Estates in Fort Myers, accepted on behalf of Thomas Edison (1847-1931), the most prolific inventor in U.S. history with 1,093 U.S. patents and a longtime Fort Myers resident.

The medal for William Glenn (1926-2013), a Florida Atlantic University professor who developed high-definition digital imaging for NASA, was accepted by his widow, Jeanne Glenn, and Dr. Mohammad Ilyas, dean of engineering at FAU. Glenn is among 50 prolific, commercially-viable U.S. inventors whose number of patents is exceeded only by those issued to Edison.

Joshua Hodson, park manager of the John Gorrie State Museum in Apalachicola, accepted the award on behalf of John Gorrie (1803-1855), the Apalachicola physician who was granted the first patent issued for mechanical refrigeration in 1851, which he developed to help cool his patients suffering from Yellow Fever.

More information, including biographies and photographs of the 2014 inductees, the Florida Inventors Hall of Fame Advisory Board and the 2014 Selection Committee, is at www.FloridaInvents.org.


About the Florida Inventors Hall of Fame

The Florida Inventors Hall of Fame (FIHF) recognizes and commends Florida inventors whose achieve-ments have advanced the quality of life for Floridians, the state and the nation. Founded in 2013 and housed at the University of South Florida in Tampa, FIHF was recognized by Florida Senate Resolution 1756 in April of 2014. FIHF encourages individuals of all ages and backgrounds to strive toward the betterment of Florida and society through continuous, groundbreaking innovation, and, by commending the incredible scientific work being accomplished in the state, to further the growth of Florida's innovation sector. www.FloridaInvents.org.