WASHINGTON, D.C. – Five faculty members from the University of South Florida in Tampa have been named Fellows of the American Association for the Advancement of Science (AAAS). Election as an AAAS Fellow is an honor bestowed upon AAAS members by their peers.

This year, 401 members from 196 universities and organizations have been awarded this honor by AAAS because of their scientifically or socially distinguished efforts to advance science or its applications.

New Fellows will be presented with an official certificate and a gold and blue (representing science and engineering, respectively) rosette pin on Feb. 14, 2015, from 8:00 a.m. to 10:00 a.m. at the AAAS Fellows Forum during the 2015 AAAS Annual Meeting in San Jose, Cal.

“The University of South Florida is proud of these outstanding faculty members,” said Dr. Paul R. Sanberg, AAAS Fellow and senior vice president for research and innovation at USF. “Their dedication to furthering knowledge and discovery within their fields continues to make USF successful as a global research university.”

This year’s AAAS Fellows will be formally announced in the AAAS News & Notes section of the journal Science on Nov. 28, 2014.

AAAS Fellows from the University of South Florida 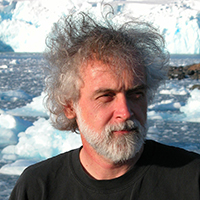 Dr. Bill Baker is being honored as part of the Chemistry section for his distinguished contributions to the field of natural products chemistry, particularly for studies of the chemical ecology of Antarctic ecosystems and discovery of new chemical entities for the treatment of human disease. Baker obtained his BS in chemistry from Cal Poly in San Luis Obispo, Cal. His marine-focused graduate work was done at the University of Hawaii followed by postdoctoral research at Rice University and Stanford University. He joined USF in 2001 where he is now professor of chemistry and director of The Center of Excellence for Drug Discovery and Innovation. His research interests in marine natural products chemistry have taken him all over the globe in search of samples, including twelve field seasons of research in Antarctica. 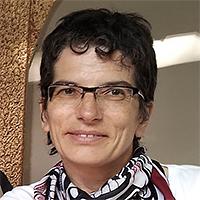 Dr. Natasa Jonoska is being honored as part of the Mathematics section for her distinguished contributions to theoretical analysis and experimental verifications in nanoscience, particularly for advancements in understanding information processing in molecular self-assembly. Jonoska is a professor in the Department of Mathematics and Statistics and has been at USF since 1993. Her research interests are in theoretical and computational models of bio-molecular processes and molecular self-assembly. For over 10 years her research has relied on close collaborations with experimentalists in molecular biology and structural DNA nano technology. She holds Bachelor of Science degrees in mathematics and computer science from the Ss. Cyril and Methodius University in Skopje, Macedonia and a Ph.D. in Mathematical Sciences from Binghamton University, the State University of New York.

She has been awarded the Tulip Award in DNA Computing and Molecular Programming by the International Society for Nanoscale Science and Computing in 2007, and has been named a Pascal Professor at Leiden University in the Netherlands for 2015. 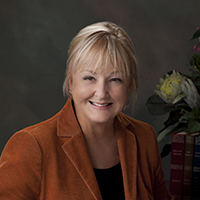 Dr. Barbara Hansen is being honored as part of the Medical Sciences section for her distinguished contributions to the field of medical sciences toward the understanding of obesity, diabetes and the complications of diabetes with special contributions to chronobiology. Hansen is director of the Obesity, Diabetes and Aging Research Center and professor of internal medicine and pediatrics in the Morsani College of Medicine, USF Health. Her research has addressed the physiological, cellular and molecular defects underlying the development of obesity and diabetes mellitus and their prevention, as well as the long-term prevention of diabetic complications. She is a member of the Institute of Medicine of the National Academy of Sciences and currently chair of the section on physiology, pharmacology anatomy and neurosciences.

She has been a member of the Advisory Committee to the Director of the National Institutes of Health and many other NIH advisory groups and is a Charter Fellow of the National Academy of Inventors. 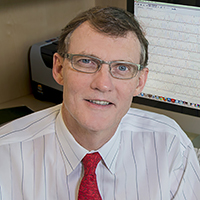 Dr. Stephen Liggett is being honored as part of the Medical Sciences section for his distinguished contributions to the field of G-protein coupled receptor biology, particularly in the areas of structure-function, genetic variability, and cell/organ systems integration. Liggett is the vice dean for research, professor of internal medicine and professor of molecular pharmacology and physiology in the Morsani College of Medicine, USF Health. He received a B.S. in physics from the Georgia Institute of Technology and an M.D. from the University of Miami School of Medicine with subsequent years of postdoctoral training at Washington University School of Medicine in St. Louis and the Howard Hughes Medical Institute at Duke University Medical Center. His interests are centered on basic structure, function, and genetics of G-protein coupled receptors related to heart and lung disease. He holds 16 U.S. patents and is a Fellow of the National Academy of Inventors. 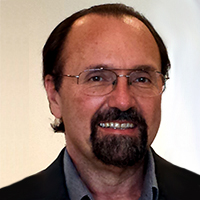 Dr. Dave Morgan is being honored as part of the Neuroscience section for his distinguished contributions to the advancements and changes in the methodologies of care and treatment of Alzheimer’s disease and related dementia. Morgan is chief executive officer and executive director of the USF Health Byrd Alzheimer’s Institute and Distinguished Professor of molecular pharmacology and physiology in the Morsani College of Medicine, USF Health. He received his Ph.D. from Northwestern University and started his independent career at the University of Southern California. His research interests are aging and brain function, focusing on drugs to treat Alzheimer’s dementia. He regularly sits on review panels for the National Institutes of Health and other agencies evaluating grants to develop new drugs to treat Alzheimer's and consults with the pharmaceutical industry.

A 140 Year History
The tradition of AAAS Fellows began in 1874. Currently, members can be considered for the rank of Fellow if nominated by the steering groups of the Association’s 24 sections, or by any three Fellows who are current AAAS members (so long as two of the three sponsors are not affiliated with the nominee’s institution), or by the AAAS chief executive officer. Fellows must have been continuous members of AAAS for four years by the end of the calendar year in which they are elected.

Each steering group reviews the nominations of individuals within its respective section and a final list is forwarded to the AAAS Council, which votes on the aggregate list.

The Council is the policymaking body of the Association, chaired by the AAAS president, and consisting of the members of the board of directors, the retiring section chairs, delegates from each electorate and each regional division, and two delegates from the National Association of Academies of Science.


The University of South Florida is a high-impact, global research university dedicated to student success. USF is a Top 50 research university among both public and private institutions nationwide in total research expenditures, according to the National Science Foundation. Serving nearly 48,000 students, the USF System has an annual budget of $1.5 billion and an annual economic impact of $4.4 billion. USF is a member of the American Athletic Conference and a Charter Member Institution of the National Academy of Inventors. www.usf.edu

The American Association for the Advancement of Science (AAAS) is the world’s largest general scientific society, and publisher of the journal, Science (www.sciencemag.org) as well as Science Translational Medicine (www.sciencetranslationalmedicine.org) and Science Signaling (www.sciencesignaling.org). AAAS was founded in 1848, and includes 254 affiliated societies and academies of science, serving 10 million individuals. Science has the largest paid circulation of any peer-reviewed general science journal in the world, with an estimated total readership of one million. The non-profit AAAS (www.aaas.org) is open to all and fulfills its mission to “advance science and serve society” through initiatives in science policy, international programs, science education, and more. For the latest research news, log onto EurekAlert!, www.eurekalert.org, the premier science-news Web site, a service of AAAS.