TAMPA, Fla. – Automotive pioneer Henry Ford; Nobel Laureate Robert Grubbs; and founder of the National Academy of Inventors Paul Sanberg are among the seven inventors announced today as the 2015 inductees of the Florida Inventors Hall of Fame.

This year’s class also includes Robert Holton, inventor of the chemical synthesis of anti-cancer drug Taxol; Nan-Yao Su, who invented a revolutionary termite abatement system; Janet Yamamoto, whose discovery of the feline immunodeficiency virus and vaccine is being applied to HIV research; and robotics and human assistive devices innovator, Jerry Pratt. All will be inducted at the Florida Inventors Hall of Fame 2nd Annual Induction Ceremony & Gala on Oct. 2, 2015, in Tampa.

“We are delighted to be announcing this class of exceptional inventors whose work has had an impact on the lives of Floridians and the world,” said Randy Berridge, who serves on the Florida Inventors Hall of Fame Advisory Board and as chair of the Selection Committee.

Nominees, who must have at least one U.S. patent, were nominated through an open nomination process and elected by a selection committee comprising distinguished leaders in research and innovation throughout Florida.

“Collectively, the seven 2015 inductees hold more than 430 U.S. patents,” said Berridge, who is also president of the Florida High Tech Corridor Council. “Their high merit has been recognized by national and international institutions and communities with named parks, museums, scholarships, funds, a U.S. postage stamp, and many other honors and awards, and we are honored to be inducting them into the Florida Inventors Hall of Fame.” 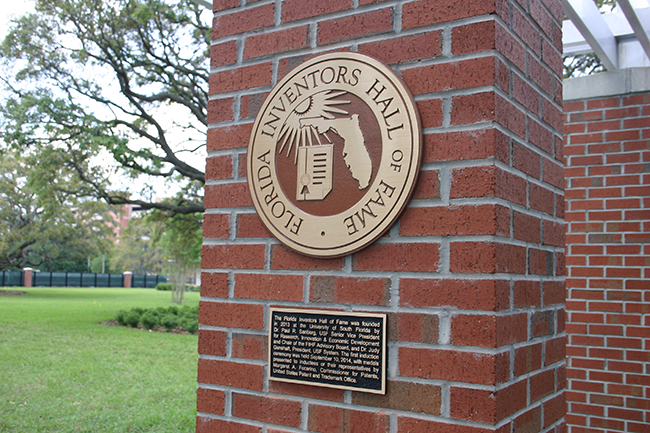 2015 Inductees of the Florida Inventors Hall of Fame:

Henry Ford (1863-1947), founder of the Ford Motor Company, for advancing industrial manufacturing, pioneering automotive technology, and contributing to experimental botanical research. Ford established a rubber test site in Fort Myers, Florida, with Thomas Edison and his work in Florida helped pass the Plant Act of 1930 through the U.S. Congress. He also conducted aeronautical research in Florida on early airplanes and advanced V-8 engines.

Robert Grubbs, educated at the University of Florida and currently the Victor and Elizabeth Atkins Professor of Chemistry at the California Institute of Technology, for contributions in the field of chemistry that have led to the creation of practical, sustainable new materials in medicine and the plastics industry. He is the recipient of the 2005 Nobel Prize in Chemistry.

Robert Holton, professor of chemistry at Florida State University, for the invention of the chemical synthesis of Taxol, a widely utilized and highly effective anti-cancer drug.

Paul Sanberg, senior vice president for research, innovation and economic development and Distinguished University Professor at the University of South Florida, for discovery of novel approaches to drug and cell therapies to treat stroke and brain diseases and for founding the National Academy of Inventors.

Nan-Yao Su, professor of entomology at the University of Florida, for the invention of Sentricon®, which revolutionized termite colony elimination systems and has protected millions of structures through a safer and greener approach to termite control.

The Florida Inventors Hall of Fame (FIHF) recognizes and commends Florida inventors whose achievements have advanced the quality of life for Floridians, the state and the nation. Founded in 2013 and housed in the USF Research Park in Tampa, FIHF was recognized by Florida Senate Resolution 1756 in April of 2014. FIHF encourages individuals of all ages and backgrounds to strive toward the betterment of Florida and society through continuous, groundbreaking innovation, and, by commending the incredible scientific work being accomplished in the state, to further the growth of Florida’s innovation sector. www.FloridaInvents.org