TAMPA, Fla. – Dr. Paul R. Sanberg, senior vice president for research, innovation and economic development at the University of South Florida, has been elected to the Florida Inventors Hall of Fame. He is one of seven inventors elected this year who will be inducted at the Hall of Fame’s second annual Induction Ceremony & Gala on Oct. 2, 2015, in Tampa.

Sanberg was selected for discovery of novel approaches to drug and cell therapies to treat stroke and brain diseases and for founding the National Academy of Inventors.

“Florida has become a national leader in research and innovation, and these inventors are outstanding examples of the creative thinking that has distinguished Florida both in the past and today,” said Randy Berridge, president of the Florida High Tech Corridor Council, who serves on the Florida Inventors Hall of Fame Advisory Board and as chair of the Selection Committee.

Nominees, who must have at least one U.S. patent, were nominated through an open nomination process and elected by a selection committee comprising distinguished leaders in research and innovation throughout Florida. 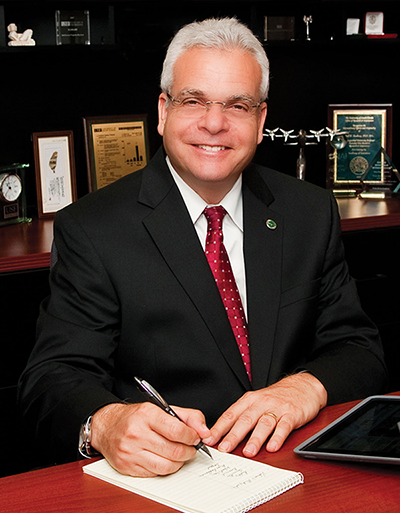 “I am honored to be selected among this charter class of outstanding inventors whose work has had such an impact on the lives of Floridians and the world,” said Sanberg.

Sanberg, an inventor on 109 U.S. and foreign patents, is also president of the National Academy of Inventors, executive director of USF’s Center of Excellence for Aging and Brain Repair, and Distinguished University Professor with appointments in the USF Morsani College of Medicine, Muma College of Business and College of Engineering. His research included discovering innovative ways to repair the damaged brain and demonstrated umbilical cord blood derived cells may be useful in stroke, spinal cord injury, ALS and Alzheimer’s. He has published over 600 articles and 14 books, and helped found three companies involved in cell therapy for degenerative disorders.

In 2010, Sanberg founded the National Academy of Inventors (NAI), a non-profit member organization which works closely with the U.S. Patent and Trademark Office and comprises U.S. and international universities, and governmental and non-profit research institutes and a prestigious Fellows program.

Sanberg is the 2015 Medalist of the Florida Academy of Sciences, Fellow of the American Association for the Advancement of Science, American Institute for Medical and Biological Engineering, and Royal Society of Chemistry, NAI Charter Fellow, and AAAS-Lemelson Invention Ambassador.

“Collectively, the seven 2015 inductees hold more than 430 U.S. patents,” said Berridge. “Their high merit has been recognized by national and international institutions and communities with named parks, museums, scholarships, funds, a U.S. postage stamp, and many other honors and awards, and we are honored to be inducting them into the Florida Inventors Hall of Fame.”

The University of South Florida is a high-impact, global research university dedicated to student success. USF is a Top 50 research university among both public and private institutions nationwide in total research expenditures, according to the National Science Foundation. Serving nearly 48,000 students, the USF System has an annual budget of $1.5 billion and an annual economic impact of $4.4 billion. USF is a member of the American Athletic Conference.

The Florida Inventors Hall of Fame (FIHF) recognizes and commends Florida inventors whose achievements have advanced the quality of life for Floridians, the state and the nation. Founded in 2013 and housed at the USF Research Park in Tampa, FIHF was recognized by Florida Senate Resolution 1756 in April of 2014. FIHF encourages individuals of all ages and backgrounds to strive toward the betterment of Florida and society through continuous, groundbreaking innovation, and, by commending the incredible scientific work being accomplished in the state, to further the growth of Florida’s innovation sector.