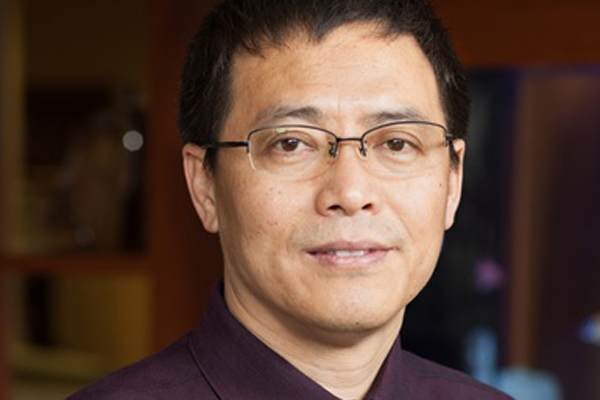 TAMPA, Fla. – A neuroscientist at the USF Health Byrd Alzheimer’s Institute and the USF College of Pharmacy has developed an immunotherapeutic treatment now undergoing testing for the prevention, treatment and cure of Alzheimer’s disease as well as other neurological disorders. This innovative technology has been exclusively licensed from USF to Alzamend Neuro™, Inc.

Chuanhai Cao, a USF associate professor of pharmaceutical sciences and a researcher at the USF Health Byrd Alzheimer’s Institute, has focused his research on peptides for use as a vaccine for Alzheimer’s disease and other neurological diseases.

Dr. Cao has developed an antigen activated immune cell-based vaccine that shows promise in helping combat nervous system dysfunctions in Alzheimer’s disease. Research has shown that the therapeutic vaccine can target the toxic protein in the brain and fix the impaired immune system in several Alzheimer’s mouse models.

“Our research team has developed a therapeutic vaccine that can both combat the disease and improve the immune system,” Cao said. “The most recent results have proved that such therapy can improve memory and avoid an unwanted vaccine associated reaction in a mouse model, so it could be a very promising therapeutic for Alzheimer’s disease patients.”

The project is supported through Coins for Alzheimer’s Research Trust (CART), a program of Rotary International, dedicated to raising money to provide seed funding for cutting edge, high impact research in hopes of finding a cure/prevention for Alzheimer’s disease.

In 2012, USF was granted a patent related to this technology (USPTO # 8,188,046), and the patent has been exclusively licensed to Alzamend Neuro™, a Utah-based biotechnology company dedicated to finding a prevention, treatment and cure for Alzheimer’s disease. The company’s goal is to move the technology out of the research phase and into preclinical testing as it works toward commercialization.

“Our company is committed to supporting the full product development life cycle of treatment and cures for Alzheimer’s disease,” said Philip Mansour, President and CEO of Alzamend Neuro™. “We believe that strong support of research is the foundation for true innovation, and we are excited to be working with Dr. Cao to advance technologies that can help prevent, slow down or cure Alzheimer’s disease.”

Alzamend Neuro™ is actively seeking new equity capital to support the ongoing research and other services that can provide a significant opportunity to increase the prevention, treatment or cure for those afflicted with Alzheimer’s. With its recent launch of its Regulation A+ Tier II Offering (www.AlzamendRegA.com™), Alzamend™ announced this week that noted television actor Willie Aames, – whose grandparents were both accomplished academics who suffered from Alzheimer’s disease – had joined the company’s efforts to raise awareness of its mission.

An estimated 5.4 million Americans have Alzheimer’s disease, and one in three seniors die with Alzheimer’s or another form of dementia. Alzheimer's disease is one of the costliest chronic diseases to society, and the Alzheimer’s Association estimates that the total care for Alzheimer’s and other dementias in 2016 cost the nation more than $236 billion. 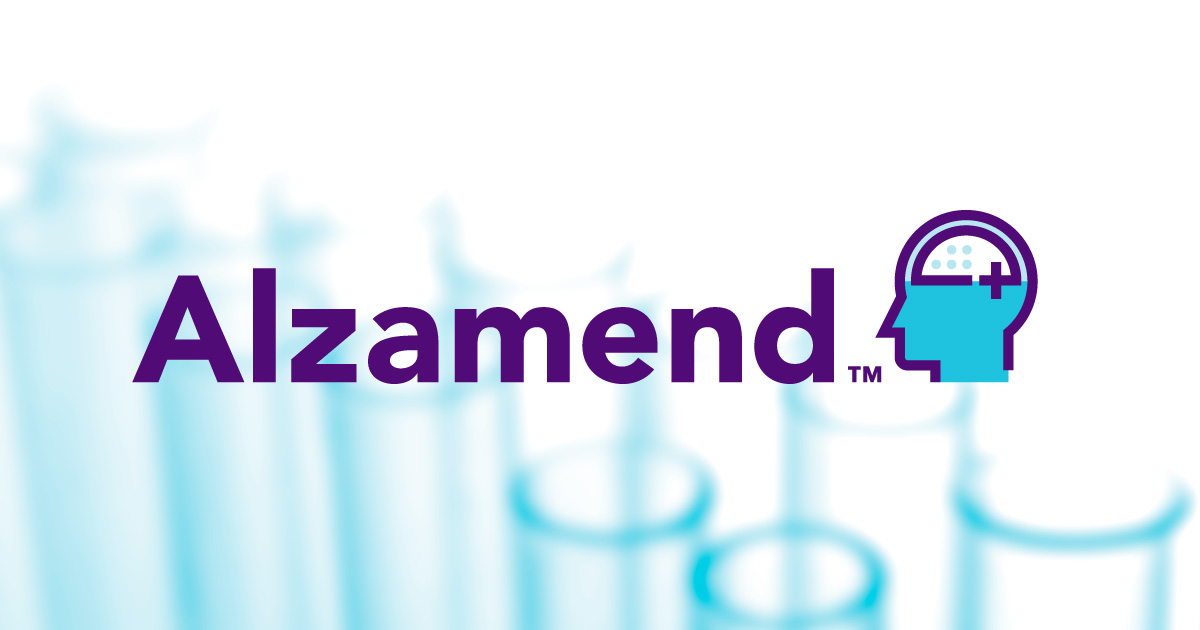 Alzamend Neuro™, Inc. is a Delaware corporation doing business in the State of Utah. The mission of Alzamend Neuro™ is to support the full product development life cycle of treatment and cures for Alzheimer’s driven by the belief that strong support of research is the foundation for true innovation. The Company is providing current hope through the commercialization of existing patented intellectual property and know-how while simultaneously funding future hope through advance research and development.

As its first step in its vision, Alzamend Neuro™ has licensed a patented mutant peptide for use in immunotherapy from the University of South Florida. It is one of the company’s strategic goals to support the continuing research by the team at the USF Byrd Alzheimer’s Institute and to develop and commercialize their results into meaningful solutions.
www.AlzamendRegA.com

The USF Health Byrd Alzheimer's Institute is a multi-disciplinary center of excellence at the University of South Florida and the largest freestanding facility dedicated to caring for people with Alzheimer’s disease and related disorders—providing prevention, diagnosis and treatment services in one location. The Institute provides compassionate family-centered patient care, performs cutting-edge research and delivers quality public and professional education. On-site services include patient evaluation and ongoing care; clinical drug studies; laboratory research; caregiver support; and education and training for health professionals. To schedule an appointment or to learn more about clinical trials in Alzheimer’s disease, call (813) 396-0728 or visit http://health.usf.edu/byrd.

The University of South Florida is a high-impact, global research university dedicated to student success. USF is a Top 50 research university among both public and private institutions nationwide in total research expenditures, according to the National Science Foundation. Serving nearly 48,000 students, the USF System has an annual budget of $1.5 billion and an annual economic impact of $4.4 billion. USF is a member of the American Athletic Conference. www.usf.edu