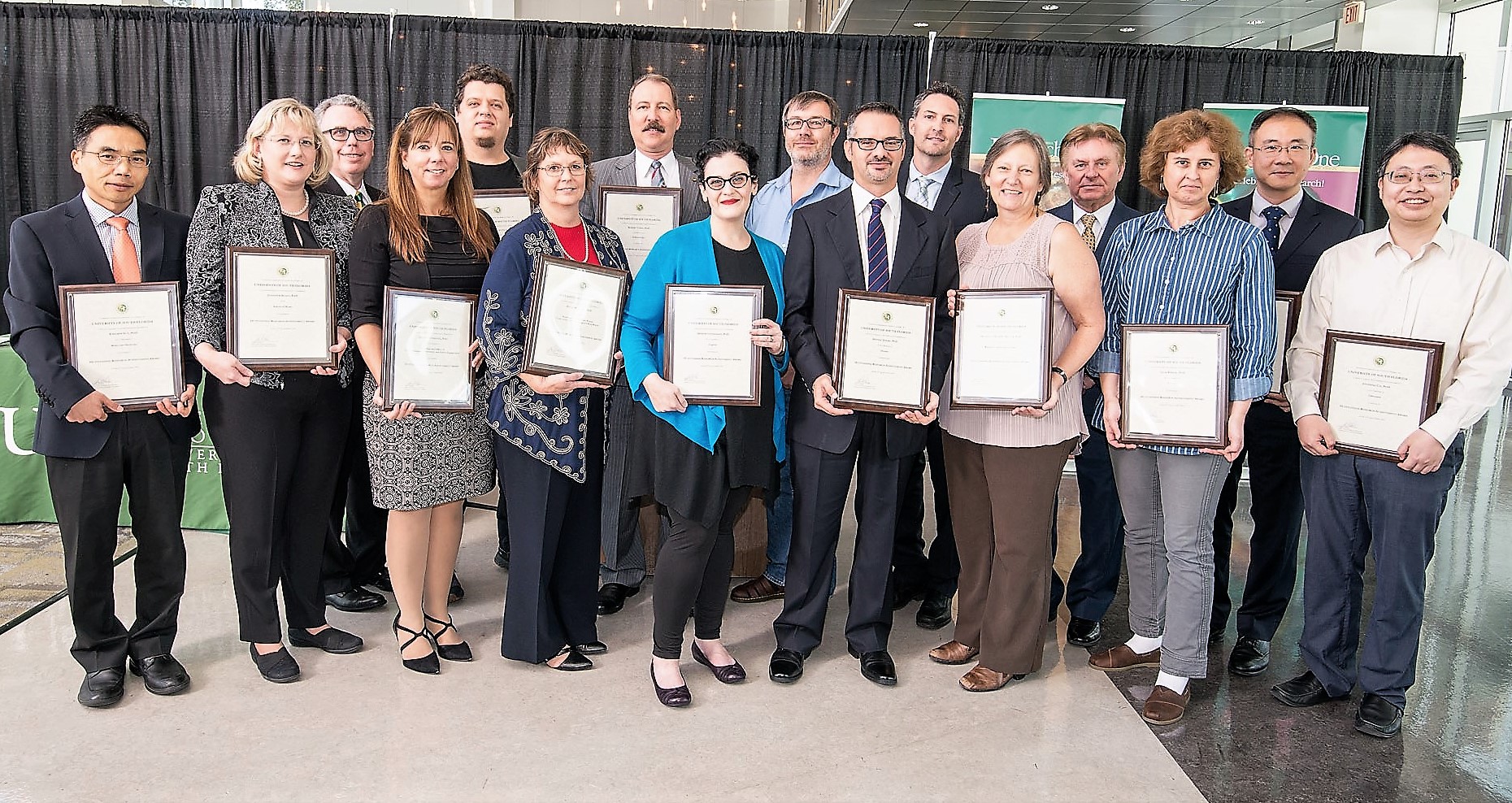 In a luncheon event at the USF Research Park Galleria, the researchers were celebrated for their outstanding publications, awards and grants recognizing their scholarship and scientific achievements that occurred in the 2017 calendar year. The awards are part of an open competition judged by the USF System Research Council to underscore the professional recognition that USF faculty have received from national and international peers during the previous calendar year.

This year’s recipients are:

Elizabeth Aranda is a Professor of Sociology and Associate Dean for Communication, Community, and Global Engagement for the College of Arts and Sciences. She researches U.S. Latino and immigrant populations, focusing on Puerto Rico migration and the well-being of undocumented immigrants. Several of her research insights and findings were cited by media outlets in the past year and she was elected Chair of the Latino/a Sociology section of the American Sociological Association.

Physics Professor Matthias Batzill’s research focuses on the fundamental science of surfaces and the material that separates two phases of matter. He combines atomic-scale control in materials synthesis with elaborate characterization tools for structural and electronic properties. In 2017, he received a single-PI grant which aims at furthering our understanding of two dimensional materials and to develop modifications of their properties by interfacing them with different materials with atomic precision. 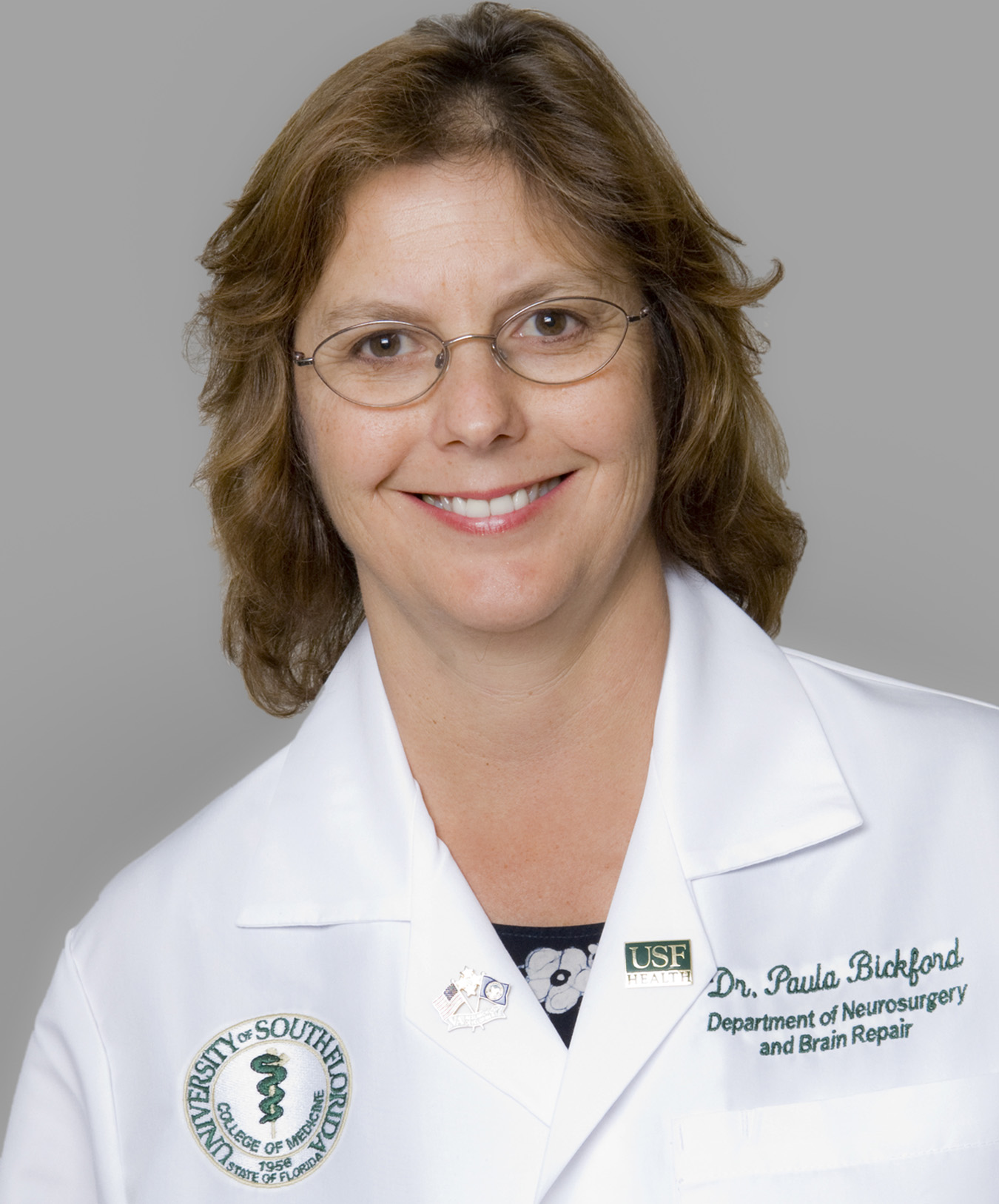 Distinguished Professor Paula Bickford of the Center of Excellence for Aging and Brain Repair in the Morsani College of Medicine is one of world’s foremost investigators in nutritional neuroscience and the immune system. She has made significant contributions to the understanding of how changes in cellular function impact cognition and our ability to recover from neurodegenerative diseases and brain injury with age. Her research revealed it may be possible to develop therapeutics that target stem cell aging to increase lifespan. Additionally in 2017, Bickford was lead on two patents and was appointed as a Fellow in the American Institute of Medical and Biomedical Engineers.

School of Music Associate Professor Jennifer Bugos teaches music education. Her research focuses on the neurological basis for music perception and cognition as it relates to human development, lifespan learning, and cognitive transfer. Bugos is currently working on a project to evaluate the impact of music training on central auditory processing and cognition in healthy adults and those with mild cognitive impairment, a project funded by NIH - National Institute on Aging.

Chemistry Professor Jianfeng Cai’s research is focused on chemical biology and bioorganic chemistry. In 2017, Cai received a new five-year NIH R01 award to develop novel AApeptides that disrupt Abeta aggregation to treat Alzheimer’s disease, and a three-year NSF grant to develop novel polymer-based antimicrobial agents to destroy pathogens. In 2017, he also published 14 high-profile peer-reviewed papers and filed three patent applications. Additionally, he was recognized as the Outstanding Reviewer in 2017 by the Journal of Medicinal Chemistry.

Associate Professor Michelle Hughes Miller in the USF Department of Women’s and Gender Studies has achieved national recognition for her work in diversity in STEM, for analyzing the problem of campus violence, and for expanding the field of motherhood studies. She published two co-edited books: Bad Mothers: Representations, Regulations and Resistance and Addressing Violence Against Women on College Campuses, and authored or co-authored six chapters in the two volumes. She had substantial STEM-related funded research activity with two interdisciplinary multi-year grants. 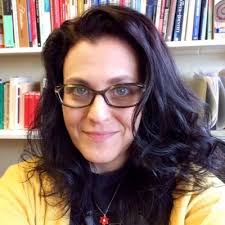 Department of Molecular Medicine Assistant Professor Xingmin Sun’s research focuses on the pathogenesis and antibiotic resistance of Clostridium difficile (bacteria that causes inflammation in the colon), host immune and inflammatory responses to C. difficile infection (CDI), and development of novel therapeutics against CDI. Sun also served on an NIH study section panel and chaired the Bacterial Pathogenesis session during the American Society of Microbiology Southeast Branch meeting in 2017.

Assistant Professor Davide Tanasi of the Department of Hisotry is an expert in the application of chemical techniques and digital tools for the study, characterization and interpretation of archaeological artifacts, sites and landscapes of the Mediterranean region. In 2017 he received $30,000 from two funding bodies to publish on a prehistoric site in Malta and to use 3D technology to document a late Roman site in Sicily. Tanasi also filed a provisional patent as co-inventor for the implementation of a pattern recognition algorithm for automatic color classification (ARCA). Last year, his publication on the discovery of the world's oldest Italian wine generated worldwide news coverage. 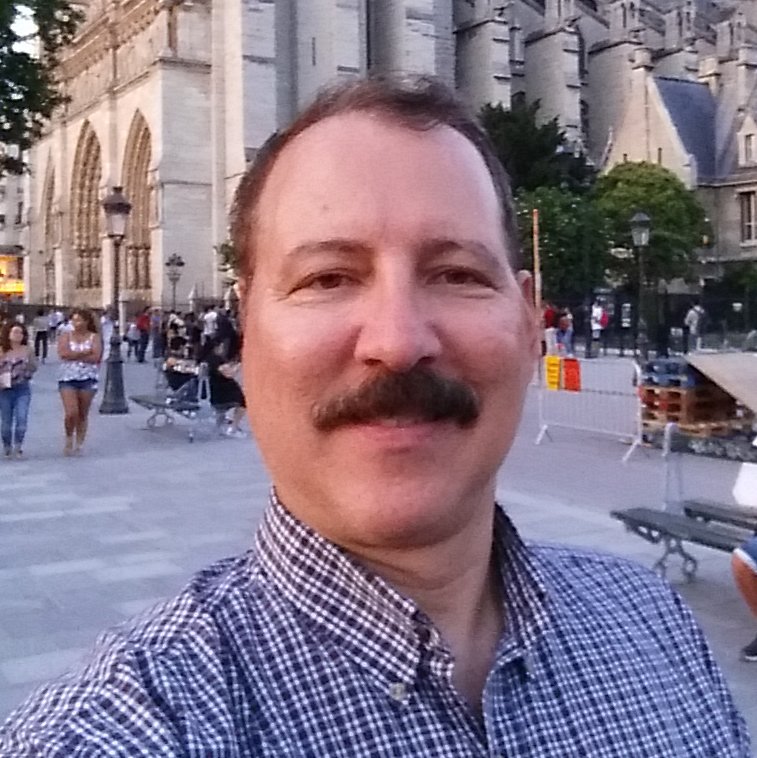 Robert H. Tykot is a Professor in the Department of Anthropology. Last year, he published 15 articles, 12 abstracts, 3 technical and 2 newsletter reports. One sole-authored article, in Open Archaeology, is on obsidian analyses and trade in the prehistoric Mediterranean that involved Tykot analyzing more than 10,000 artifacts. Another sole-authored article, in Materials Research Society Advances, demonstrates the advanced use of nondestructive X-ray fluorescence spectrometers. Tykot also served as editor-in-chief of the international journal Science & Technology for Archaeological Research, and as president of the International Association for Obsidian Studies.

Electrical Engineering Professor Jing Wang's research interests include RF/microwave/mmW devices, advanced additive manufacturing, micromachined transducers, RF/Bio-MEMS, lab-on-a-chip and microfluidics, functional nanomaterials. He published seven journal papers in 2017, with a highest impact factor of 9.237, among which he acted as the lead author for five, including a paper in Scientific Reports-Nature. Also in 2017, he was awarded more than $900,000 in research awards as principal investigator and more than $400,000 as co-principal investigator. Wang received three competitive peer-reviewed national research awards (two NSF and one USAF SBIR grants) and three research and development contracts and matching grants by the Florida High Tech Corridor. Five of his patents were included in licensing option agreements.

Anthropology Professor Christian Wells is Director of the USF Center for Brownfields Research and Redevelopment where he practices community-engaged research on environmental justice issues in the context of sustainable and equitable development. Wells also received a prestigious grant from the Environmental Protection Agency which allowed him to work with residents of the University Area Community near USF to identify and clean up polluted and contaminated properties and to redevelop those areas into community assets. The project led to the development of Harvest Hope Park, a seven-acre space that houses a playground, community garden, sports fields and other amenities.

Physics professor Lilia Woods continues increasing the impact of her research and leadership in the broad area of theoretical and computational condensed matter physics. In 2017, she published a diverse set of papers in premier journals covering various topics. Also in 2017, Woods was recognized as the American Physical Society Woman Physicist of the Month for June in recognition of her research and outreach contributions, and was elected a Fellow of the American Physical Society. Woods was also recognized with USF's Outstanding Research Award in 2016.

Mechanical Engineering Assistant Professor Tansel Yucelen’s research focuses on the discovery of novel control, information, and decision systems to reveal highly-capable autonomous vehicles and robotic swarms of the next-generation. His laboratory, the Laboratory for Autonomy, Control, Information, and Systems (LACIS), places a strong emphasis on both system-theoretic research and experimentation for addressing critical real-world challenges. In 2017, he published 11 peer-reviewed journal articles, a book chapter, and 27 conference papers; received more than 300 (Google Scholar) citations; and secured more than $300,000 in external grants.