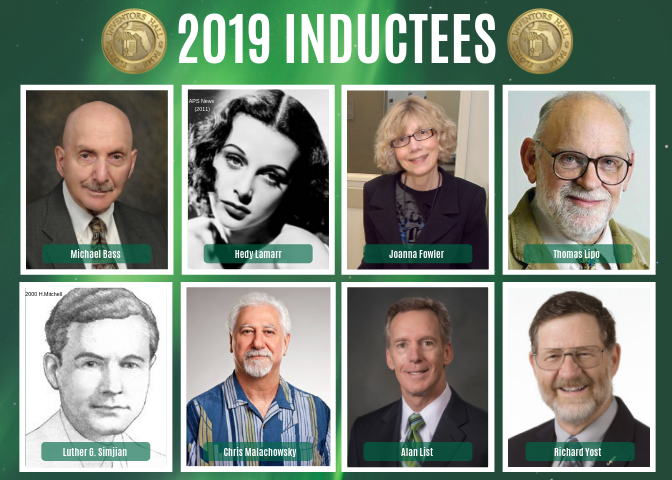 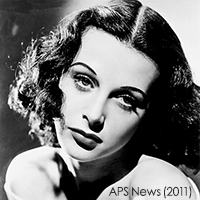 Hedy Lamarr (1914-2000): Hollywood icon, tinkerer and self-taught inventor, Lamarr retired to Miami Beach, Florida in 1981, and later moved to Central Florida where she spent her final days. At the age of 28, Lamarr invented the Secret Communication System (U.S. patent 2,292,387), which is the foundation for frequency-hopping spread spectrum technologies. Her contribution led to the development of countless wireless communication technologies, including Wi-Fi, GPS, and Bluetooth and has spawned significant advances in cybersecurity. However, it wasn’t until 1997, when the Electronic Frontier Foundation (EFF) presented her with the EFF Pioneer Award, that Lamarr was first publicly acknowledged for her pioneering invention. She went on to be the first woman to receive the BULBIE Gnass Spirit of Achievement Bronze Award, and in 2014 she was inducted into the National Inventors Hall of Fame. 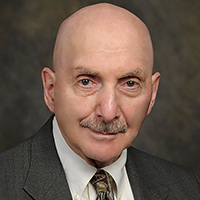 Michael Bass: Professor Emeritus at University of Central Florida (UCF) in Orlando, selected for his significant inventions in the area of optics and spectroscopy that have optimized the use of lasers and optical systems, aiding in the treatment of major diseases and improving the design of the world’s fiber optic communication system. Bass is a Fellow of the NAI, OSA, AAAS, and IEEE. He holds 34 U.S. patents. 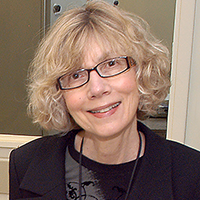 Joanna Fowler: native Floridian, University of South Florida (USF) alum, member of the NAS, and 2008 National Medal of Science recipient selected for her transformative research that enabled the use of molecular imaging to more accurately identify and treat illnesses ranging from drug addiction to cancer. Fowler is a Scientist Emeritus for Brookhaven National Laboratory in New York and holds 8 U.S. patents. 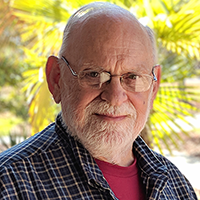 Thomas Lipo: Research Professor at the Florida State University’s (FSU) Center for Advanced Power Systems (CAPS) in Tallahassee selected for his pioneering innovations in the field of electrical machinery and power electronics that improved the technology that runs subway cars as well as paved the way for hybrid and electric vehicles. Lipo is an Emeritus Professor at the University of Wisconsin, Madison, a member of the NAE, and a Fellow of the NAI and IEEE. He holds 45 U.S. patents. 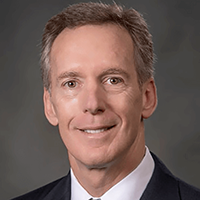 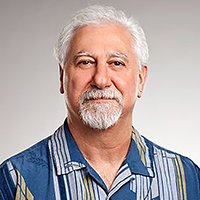 Chris Malachowsky: University of Florida (UF) alum and adviser to the UF College of Engineering selected for inventing the Graphics Processing Unit (GPU) that transformed the visual computing industry by creating a consumer-oriented 3D graphics market. Malachowsky is the co-founder of Fortune 1000 company NVIDIA in California, which has evolved the GPU into a computer brain that intersects virtual reality, high performance computing, and artificial intelligence. He holds 35 U.S. patents. 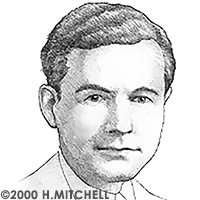 Luther George Simjian (1905-1997): prolific inventor, founder of Tampa based flight simulation and training company Reflectone, Inc, now CAE USA, Inc., and pioneer in the concept of Automated Teller Machines (ATMs) selected for his many accomplishments including the development of the Optical Range Estimation Trainer used during WWII, which became the standard for simulation defense training, as well as his numerous inventions that advanced technology throughout Florida theme parks. Simjian is a named inventor on more than 200 U.S. patents. 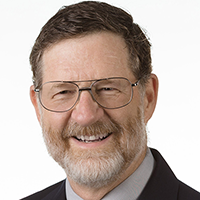 Richard Yost: professor of chemistry at University of Florida (UF) in Gainesville selected for his invention of the triple quadrupole mass spectrometer, a groundbreaking analytical instrument that is used daily in drug development, disease testing, food safety, and environmental studies. In 1993, Yost received the American Society for Mass Spectrometry (ASMS) Award for Distinguished Contribution. He holds 13 U.S. patents.

All will be inducted at the Florida Inventors Hall of Fame 6th Annual Induction Ceremony & Gala on Sep. 20, 2019, at the Hilton Tampa Downtown.

“We are delighted to announce this outstanding class of inventors whose work has had enormous impact on the state of Florida and our nation,” said Paul R. Sanberg, chair of the Florida Inventors Hall of Fame advisory board and senior vice president for research, innovation and knowledge enterprise at the University of South Florida. “Collectively, the 2019 inductees hold more than 340 U.S. patents.”

The Florida Inventors Hall of Fame was recognized by the Florida Senate in 2014 with a resolution sponsored by Senator Jeff Brandes that commended the Hall of Fame, “for its commitment to honoring inventors and celebrating innovation, discovery, and excellence.” The Hall of Fame is located at the University of South Florida in Tampa and supported, in part, by the Florida High Tech Corridor Council.

The Florida Inventors Hall of Fame (FIHF) recognizes and commends Florida inventors whose achieve-ments have advanced the quality of life for Floridians, the state and the nation. Founded in 2013 and housed in the University of South Florida Research Park in Tampa, FIHF was recognized by Florida Senate Resolution 1756 in April of 2014. FIHF encourages individuals of all ages and backgrounds to strive toward the betterment of Florida and society through continuous, groundbreaking innovation, and, by commending the incredible scientific work being accomplished in the state, to further the growth of Florida’s innovation sector. FloridaInvents.org