The company is developing a University of South Florida-licensed process for creating smaller optical interconnects which can be directly printed on device boards to enable the next generation of computing devices. The new technology allows for a tremendous increase in the speeds that electronic devices can operate, dramatically reduces temperatures inside of electronic devices (which reduces costs), uses less power (which increases battery life), and creates safer components that are not affected by electromagnetic interference. 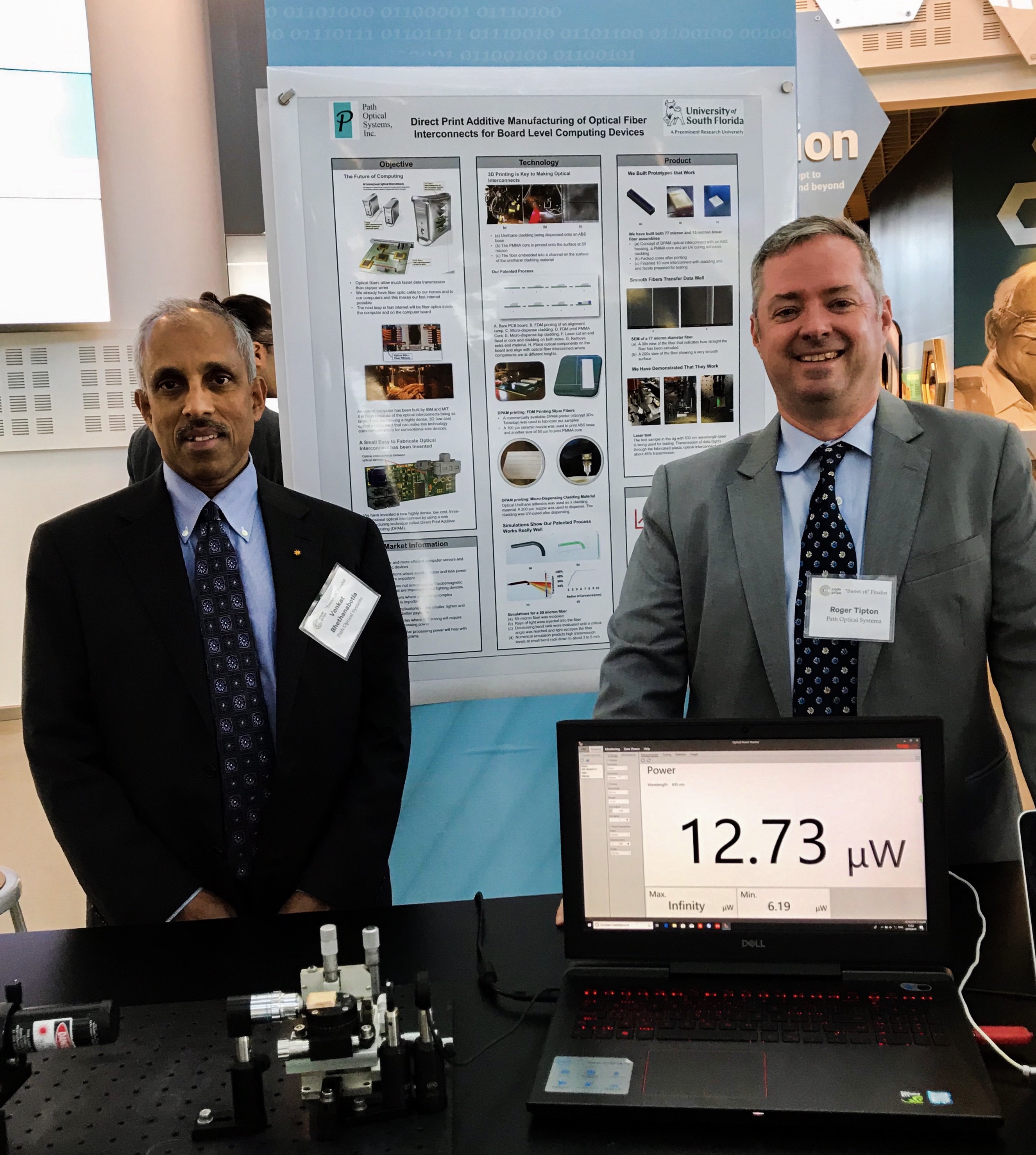 "It’s quite an honor to be selected in the final four for this prestigious award,” said Roger Tipton, CEO of Path Optical Systems, Inc. “I would like to thank our team for their efforts and for the support of USF that has made this revolutionary new technology possible.”

Path Optical Systems, Inc., founded by a USF College of Engineering team led by Professor Venkat Bhethanabotla and Tipton, was selected from among more than 70 teams that entered this year’s competition. The finalists will make live presentations to a panel of judges on May 18, and the winner will be announced later that evening.

The Cade Prize, established in 2010, rewards individuals and companies with an original idea that has market potential. 2019 Cade Prize cash awards will total $50,000, with a $25,000 First Place award, a $15,000 Second Place award, and a $10,000 Third Place award. The Fourth Place award provides in-kind services to support acceleration.

Learn more about the Cade Prize at cademuseum.org/cadeprize

The University of South Florida, established in 1956 and located in Tampa, is a high-impact global research university dedicated to student success. The USF System includes three separately accredited institutions: USF, USF St. Petersburg and USF Sarasota-Manatee. Serving more than 50,000 students, the USF System has an annual budget of $1.8 billion and an annual economic impact of $4.4 billion. USF ranks in the top 25 nationally for research expenditures among public universities, according to the National Science Foundation. In 2018, the Florida Board of Governors designated USF as a Preeminent State Research University, placing USF in the most elite category among the state’s 12 public universities. USF is a member of the American Athletic Conference.