USF Geosciences Chair Mark Rains is part of team of scientists who advocated for anti-pollution measure. 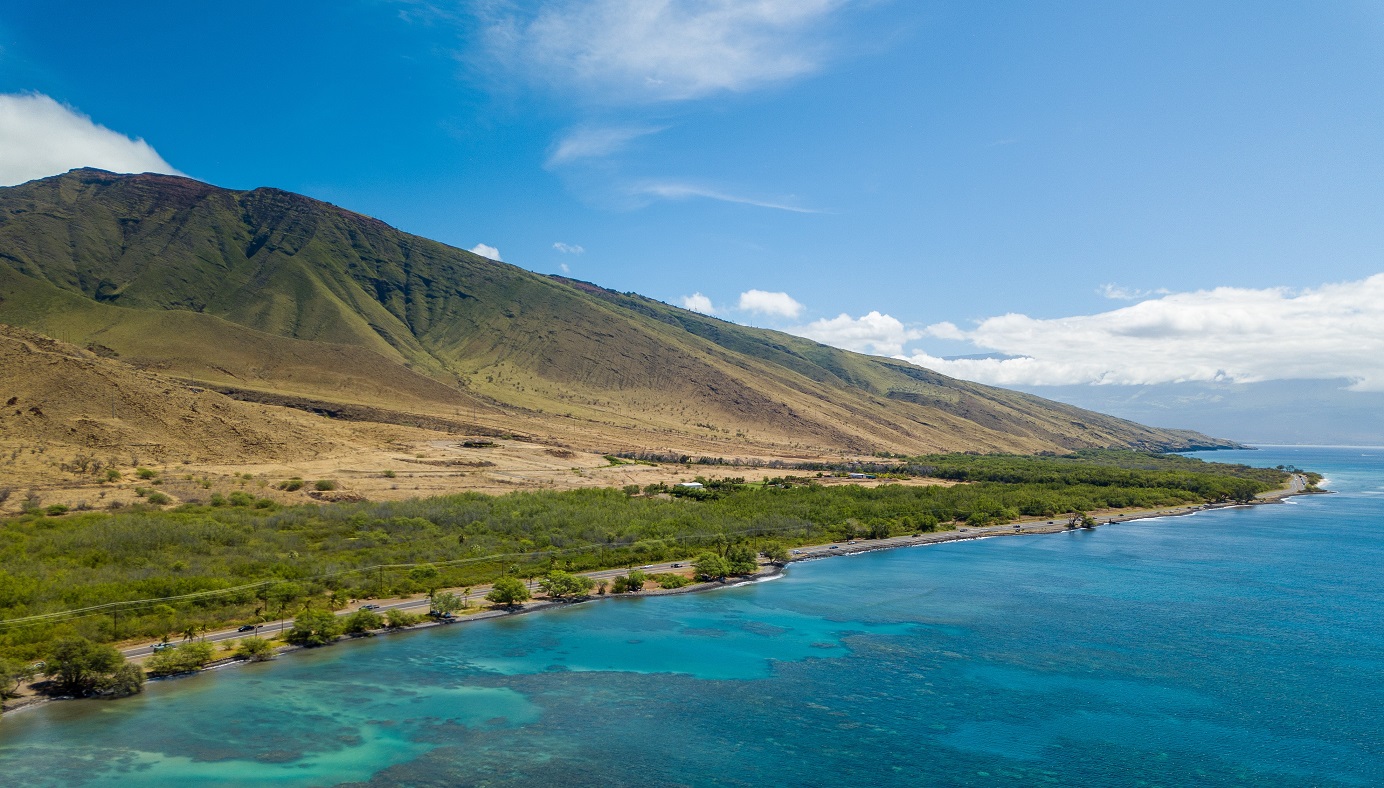 The U.S. Supreme Court ruling addressed the issue of whether a federal permit was needed to discharge wastewater off the west side of the Island of Maui because it was contaminating a coral reef. USF School of Geosciences Chair Mark Rains joined colleagues in advocating for environmental protections.

WASHINGTON – Last year, USF School of Geosciences Chair Mark Rains was part of a group of scientific experts who filed a legal brief in a crucial U.S. Supreme Court Case challenging the Clean Water Act’s ability to stem pollution flowing through ground water into oceans, lakes and rivers. The researchers argued that the scientific ability to trace pollutants from their source to bodies of water governed by the federal law gives the anti-pollution measure a longer reach in protecting the environment.

This week, the court ruled in favor of environmental groups in their case against the County of Maui over pollution from a wastewater treatment plant which damaged a coral reef with its discharges, citing among the factors the ability of science to establish the links between the source of pollution and the ultimate impact it makes on the environment. 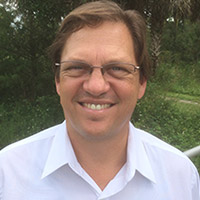 “This ruling closes a massive loophole in the nearly 50-year-old Clean Water Act - that the Clean Water Act no longer applied if a pollutant traveled underground even if it immediately popped back up into a surface waterway,” said Dr. Rains, a hydrologist whose research on connectivity was a crucial component in the amicus curiae brief filed by the scientists in July 2019.

“This is a significant step forward towards the Clean Water Act’s intent of ensuring that the nation’s waters are ‘fishable and swimmable’. The ruling is also science-based – Justice Breyer would have earned an A+ had he submitted this opinion in one of my courses in hydrogeology – thereby reaffirming the importance of science as a guiding principle in federal policy and decision-making.”

Justice Breyer authored the opinion, having last year noted the “genius” in the ability of scientists to trace the source of environmental pollutants. In the ruling, the Supreme Court vacated the 9th Circuit’s judgment and remanded the case for application of the standard outlined in the ruling.

The County of Maui owns and operates four wells at the Lahaina Wastewater Reclamation Facility, the principal wastewater treatment plant for West Maui. The wells receive approximately four million gallons of sewage per day from a collection system that serves about 40,000 people. The sewage is treated and either sold for irrigation purposes or injected into the wells for disposal. Some of the treated wastewater in the wells eventually reaches the Pacific Ocean a half-mile away.

Dr. Rains was one of four scientists and eight national and international scientific societies involved in research, education, and the conservation and restoration of aquatic ecosystems. "The Clean Water Act’s objective can only be achieved by considering the science behind the ways in which groundwater connects point sources and surface waters," the scientists wrote in their brief.

“We conclude that the statutory provisions at issue require a permit if the addition of the pollutants through groundwater is the functional equivalent of a direct discharge from the point source into navigable waters,” Justice Breyer wrote in this week’s majority opinion. 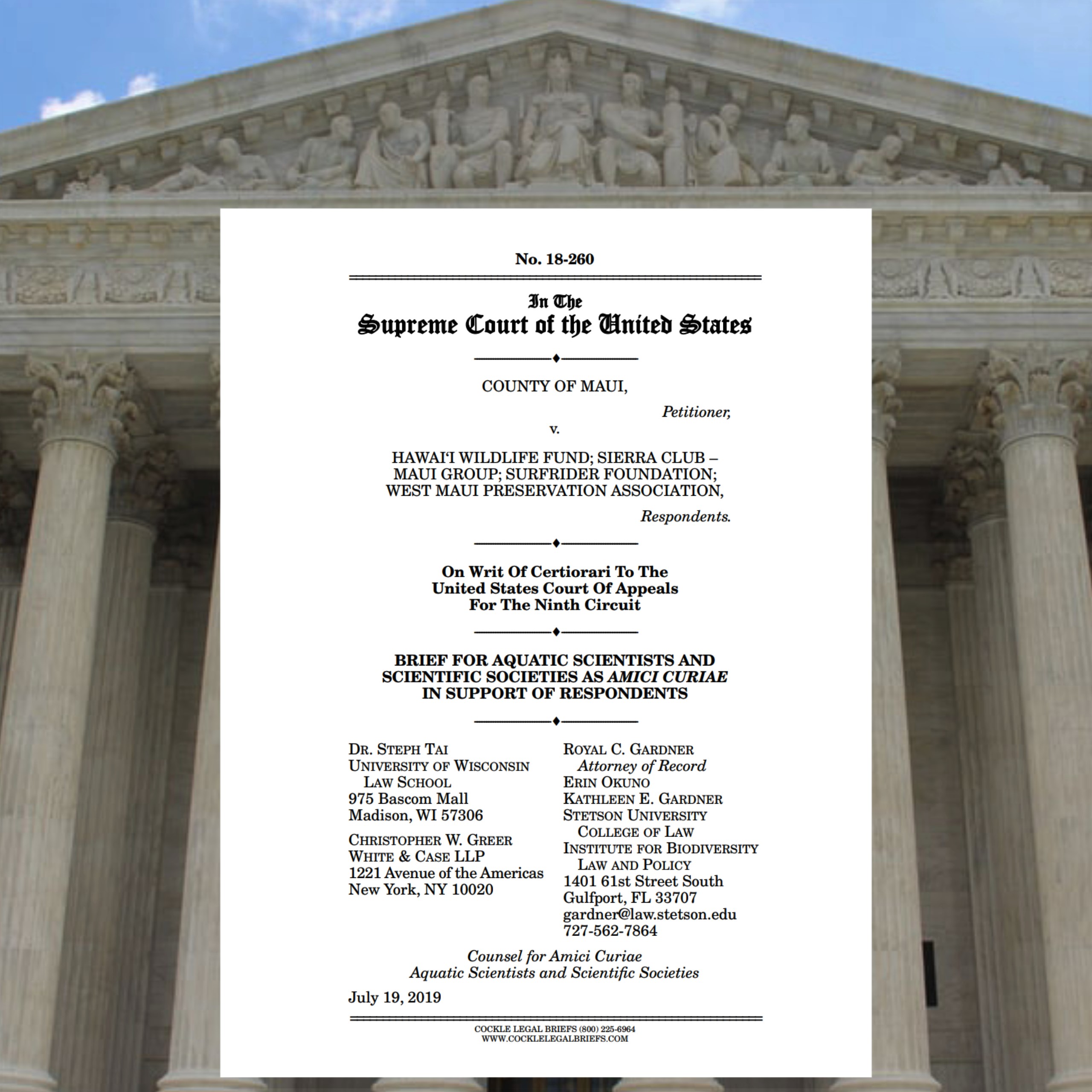